There are a total of 9 Power-Ups that can be used in Bingo Blitz.

These power-ups can be used one time or multiple times during a Bingo round.

The following power-ups can only be used one time per round:

Wild Daub – Daub any Square that isn’t covered by an Instant Win!

Instant Win – Adds a spot on each card for an instant Bingo!

Double Winnings – Doubles Bingo rewards earned in a round.

Single Daub – Adds a single free daub to each card.

Treasure Square – Adds a mystery prize chance to each card.

These power-ups can be used multiple times during a round:

If you’ve already activated every one of your single-use Power-Ups during a round or if you run out of Power- Ups altogether, the Power-Up Bar will display the message “Click to buy more”.

Power-Ups can be won by completing Quests and Promotions, received as Gifts and bought from the Store. 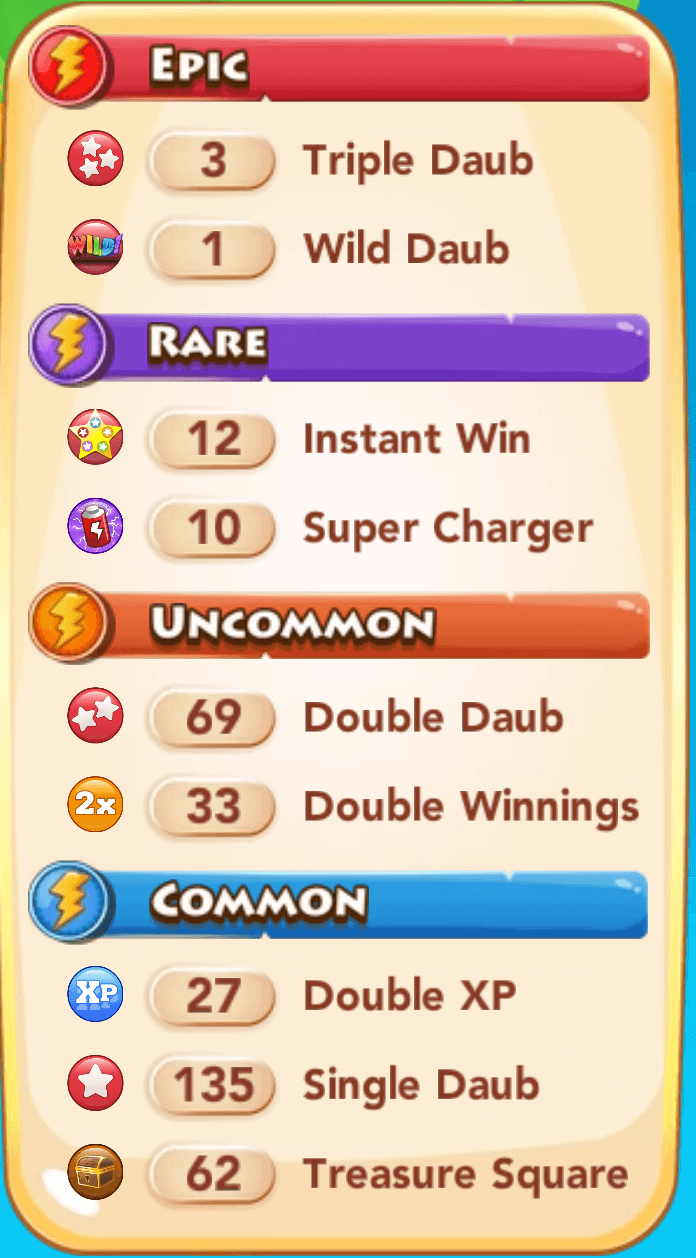 In some of the bonus games, you might find that not all Power-Ups can be used (i.e., Instant Wins in Blackout rooms like Inspector Groovy and Blitzy Daub Home).