Meet our newest edition to the Ballinko family – Ballinko Heat!
Drop the golden balls into the biggest buckets to win a huge coin prize and on the way, light up the different SPHERES to win extra prizes or release multiple balls!

The game is similar to the Ballinko Classic. Each game starts with three golden balls.

On the right you will see the number of balls available to you after each drop.

Pick a cannon from the top to choose where your ball should fall from.

Try to drop the balls into the highest value buckets located at the bottom to maximize your prize.

The Spheres can be unlocked as t he balls make their way to the coin buckets below.

Each sphere must be hit a number of times to unlock it. Each time your ball hits the Sphere, it will load the golden meter around it: 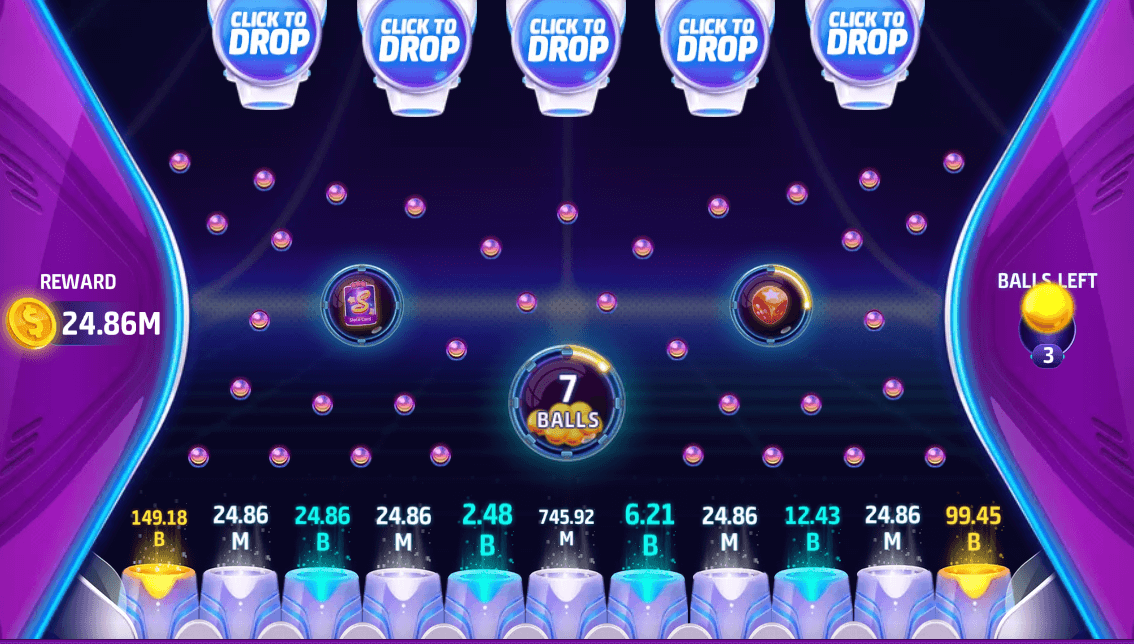 There are two types of SPHERES:

The two SPHERES located on the left and right side of the HEAT SPHERE that contains different types of prizes such as Sloto Cards, Boosters, Game Mania, and many others.

On the left sidebar, you can see your current reward from your game.

To check your reward from a SPHERE, simply click on the SPHERE and it will reveal the prize inside.

If you hit the Spheres enough times, they will turn blue. That means you have won the prize inside. 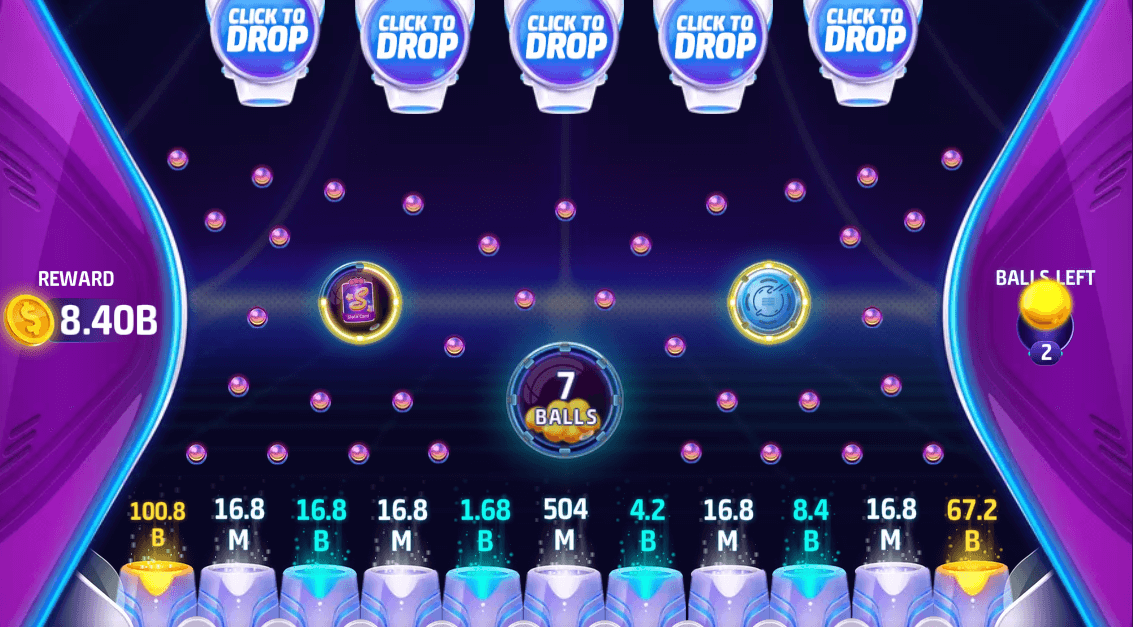 You can see the final prizes after the game is over. 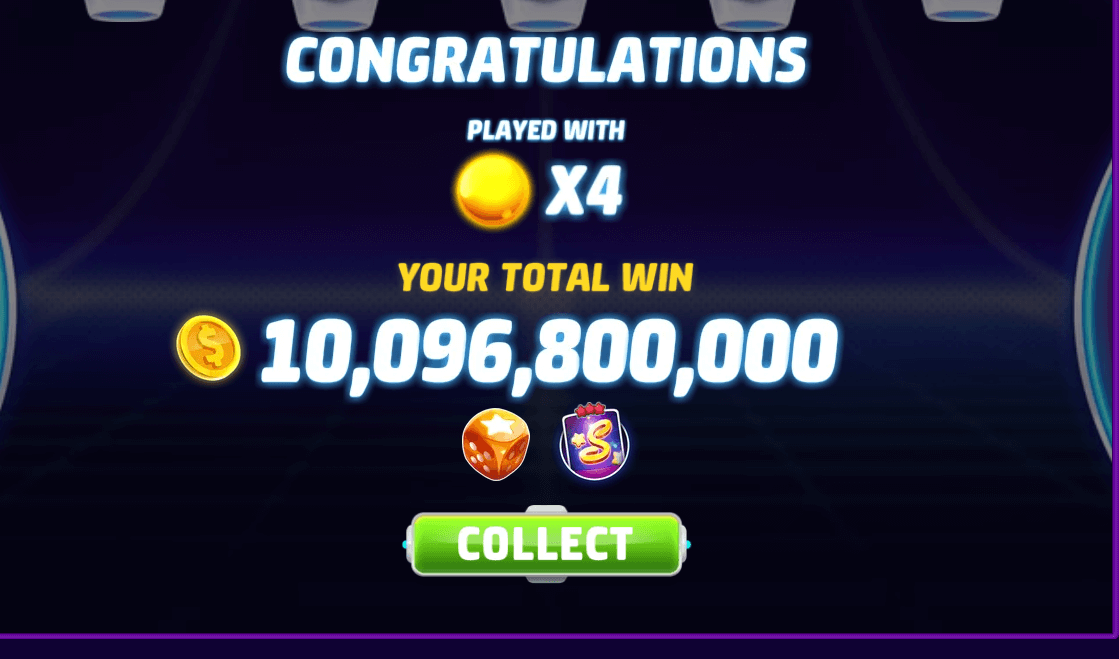 It’s perfectly fine if you want to play the game later or if you close the pop-up by mistake. The Ballinko game will be waiting for you in your Gifts Section.

After playing Ballinko, you can purchase the Ballinko Deluxe and enjoy bigger prizes.

Your progression will be saved on all the SHPERES from the first round of Ballinko, 1 extra ball will be added to the HEAT SPHERE and it is saved there until you will win it.