By making a purchase during the time of the promotion (lasts 24 hours since launch time) you become eligible.

The promotion will match the amount of the highest Mega Win obtained during the promotional time.

A Mega Win is a win from 20 times to 49 times bigger than your bet amount.

The Mega Winner Unlimited promo means that your Mega Win can be even bigger than 49 times your bet amount, as long as it is not below 20. 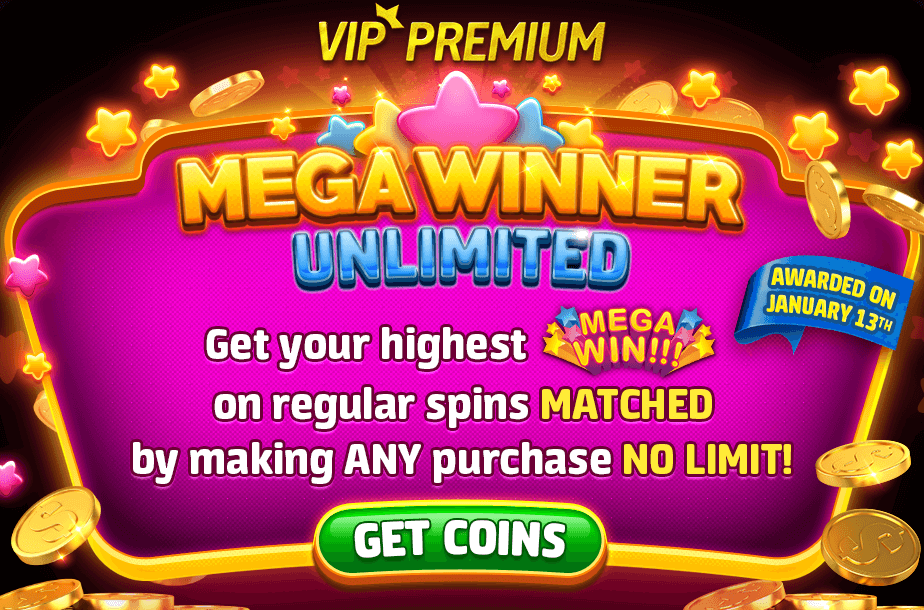 The easiest way to spot a Mega Win that is eligible for this promotion is to look for the text graphic, that is the same as the one in the promotional pop-up:

The Big Wins, Mega Wins and Super Wins in Medusa magic are being calculated differently than the general Wins eligible for promotions from all machines.

If this is the pop-up message received in Medusa Magic, then it means it is not the eligible type of Mega Win for the promotion: